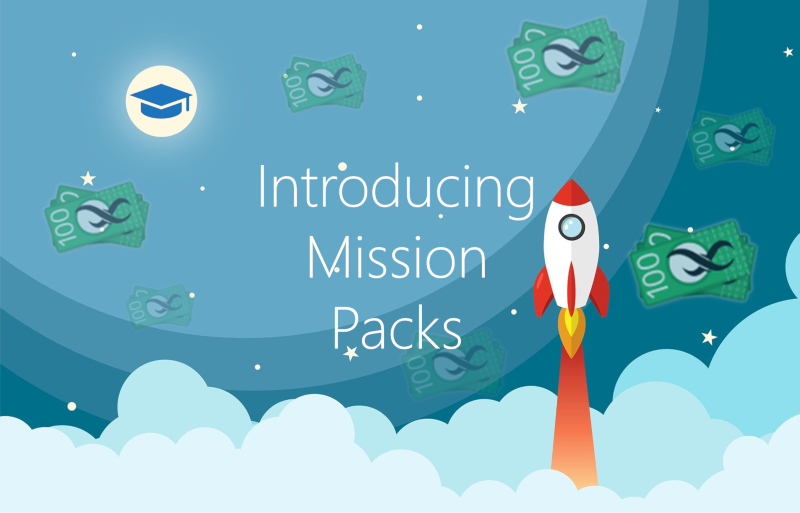 Backendless Missions are designed to teach you the ins and outs of Backendless. Now, we’ve separated Missions into Mission Packs, allowing you to choose between a purely Codeless experience and learning with code.

Missions are a built-in gamified tutorial system created to make it easy to learn Backendless. Completing Missions helps you better understand the vast functionality of Backendless, and can earn you cool prizes as well.

Missions are also the first stage of the Backendless Learning Path that ends with the opportunity to become a Certified Backendless Engineer.

When you login to Backendless and select the MISSIONS tab on the top left of the screen, you will be given a choice. You can select the Basic Backend Pack with code, or the Codeless Backend Pack. Frontend (UI Builder) Mission Packs are coming soon.

Each Mission consists of tasks, and many tasks are accompanied by an instructional video that helps you understand the concept before attempting the task. The instructional video and content remain available even after the mission is complete, so you can easily go back and refresh your memory.

As you can see above, each pack offers slightly different rewards in terms of Experience Points (XP) and Backendless Bucks (BBs). BBs have a wide variety of uses within Backendless. BBs can be used to:

On occasion, when you complete a mission, you will have the opportunity to increase your earnings. This is done by sharing a post on social media or answering a trivia question about Backendless. Bonuses range from 2x to 10x the initial reward.

XP, on the other hand, are an indicator of your level of mastery of the Backendless platform. Earning XP will award you cool benefits in future releases.

Let’s take a closer look at each pack.

For new app developers and no-code aficionados, the Codeless backend pack is the perfect starting point.

When you mouse over a Mission Pack in the selection screen, you will see a detailed description of its content: 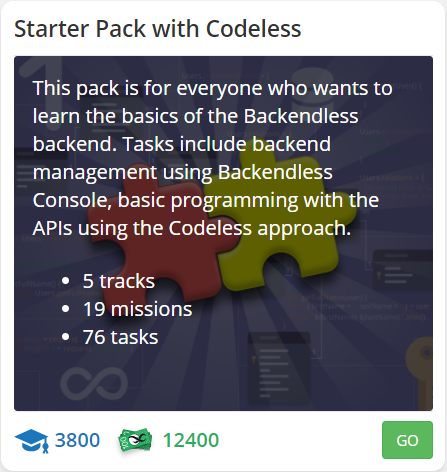 This Mission Pack is a mini-crash course in Codeless development. It will take you through many of the common uses of a Backendless backend and database. While primarily backend focused, this pack also includes some basic (but very important) tasks in UI Builder.

The tracks included in the Codeless pack are:

Each track consists of Missions that focus on a specific function or element of the feature. Each Mission includes between three and six tasks that must all be completed in order to complete the Mission.

Missions must be completed in order, although there are some Missions that are unlocked simultaneously. Missions build upon each other, meaning if you skip a Mission, you may lack knowledge necessary to complete the following Mission.

For experienced coders and those wanting to connect to a coded frontend, the “With Code” Starter Pack is an excellent starting point. 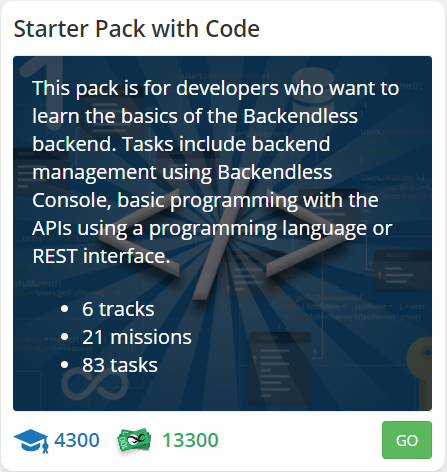 You can use any coding language you like to complete these Missions. The tasks are simpler, however, if you use one of the languages supported by our SDKs. These include:

If using a different language than those above, you will need to use REST APIs to complete the tasks.

In addition to the tracks included in the Codeless pack, the With Code pack also features a Messaging track.

Can I switch between Mission Packs?

Yes! Simply follow the steps in the screenshots below. 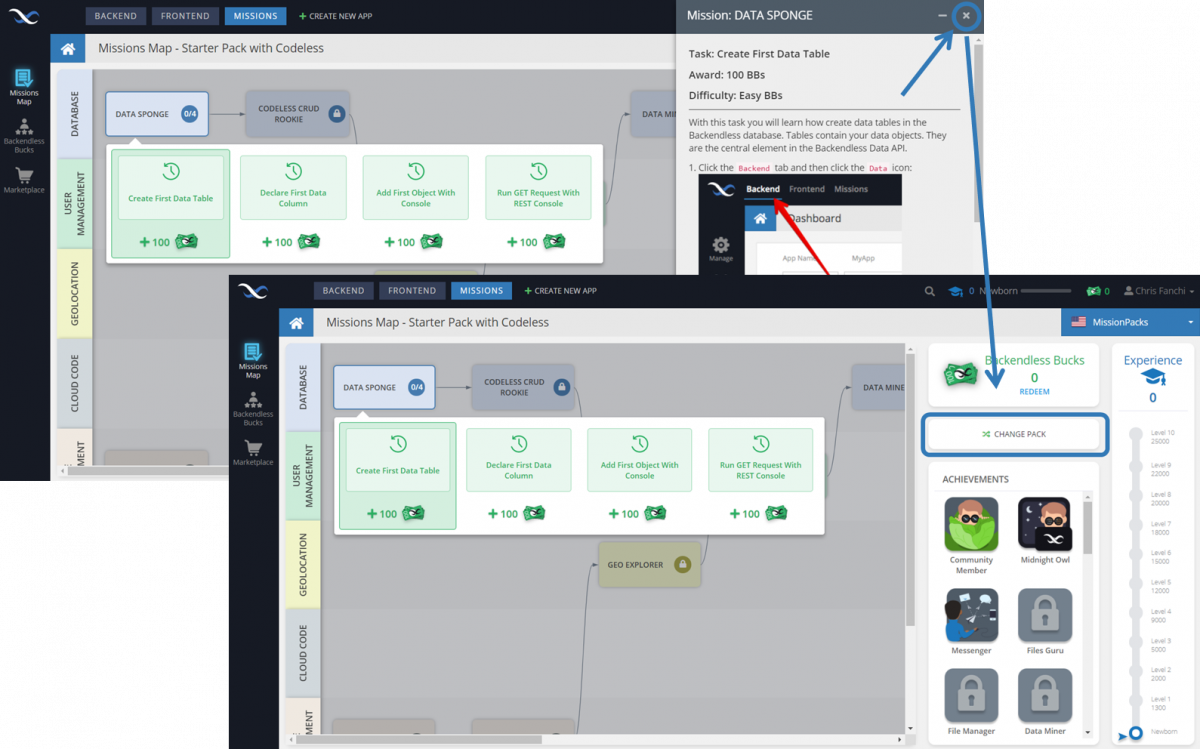 When you switch between packs, you will remain on the same position on any tracks that appear in both packs.

You will only receive rewards (BBs and XP) for the task once, even if the task appears in multiple packs.

Are any of the tasks duplicated between Mission Packs?

Yes, some tasks are duplicated. These tasks can be completed with code or Codeless. You may decide that it is easier to complete a given task with code than without, in which case you may switch packs to complete the task. You will still be at the same position on the track when you switch.

As mentioned above, you will only receive rewards (BBs and XP) for the task once, even if the task appears in multiple packs.

When a task is completed in one pack, it will be marked complete in all other packs in which it appears.

What Is Mobile Backend As A Service (MBaaS)?
In the software as a service (SaaS) landscape, there are many variations of “____ as a service”. In this article, we will explain what mobile backend as a service, or MBaaS, means.
Read More
Gauge Chart Component
Show your users the progress being made toward a goal - financial, game score, project progress, etc. - with a visual gauge-style progress chart.
Read More
Pagination Component
Make it easier for your users to navigate through multiple pages of results from large data sets with the prebuilt Pagination component.
Read More