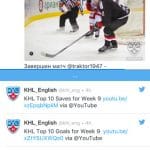 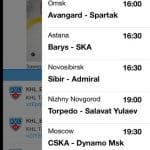 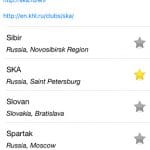 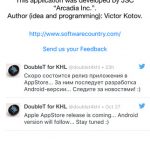 DoubleT for KHL is our first application that was developed with Backendless SDK. At the moment it uses the Data service only, but we have plans to use other services in this and probably other projects as well. We like SDK’s functionality and simplicity of integration. The prototype and production versions of the backend were built up without necessity to extend project’s team with server-side developer, so it significantly saved our time and money. The documentation, code generation feature and support level are very good, so we were able to solve any issues without delays.

ABOUT DOUBLET FOR KHL

Kontinental Hockey League (KHL) is a big thing in Russia. There are many fans following various hockey clubs. However, watching a game is not always possible. Every hockey team has its own Twitter account, and many of the teams have a very good online text broadcasting for every game they played. For the games in progress, the “DoubleT for KHL” app displays two Twitter timelines.