In this edition of Backendless Spotlight, we take a look at a freelance developer that has used Backendless to help support software he has developed. Thiago Almeida uses Backendless to supplement multiple applications, saving him significant development time.

Thiago Almeida is a programmer from Brazil, currently residing in Australia, that has used Backendless to support multiple plugins for the application by Autodesk called Revit. These plugins are available through the Autodesk website. 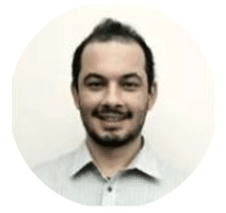 Thiago is originally from Brazil where he studied and became a civil engineer. In 2013, he decided to learn to program, building his own engineering applications to help make his work life easier.

As a brand new programmer, simplicity, ease of use, and user-friendliness were some of his key needs to get the applications off the ground. When he realized that there was a market for the apps that he was building, he knew he needed to come up with a way to release them while still controlling user access. That’s where Backendless comes in.

As a civil engineer, Thiago uses applications from Autodesk, one of the biggest names in architecture, engineering, construction, and manufacturing software. Thiago’s apps are plugins for Autodesk software, designed to supplement the software to help the user achieve their specific needs. 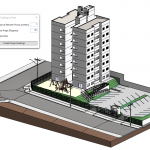 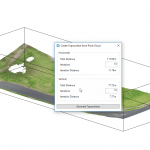 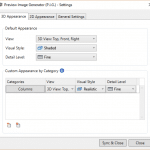 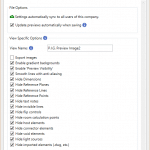 We have previously described how to use Backendless to manage user licenses with API services. Thiago took a similar approach, using his app’s Backendless database to store and check user license validity.

Thiago’s first app, Onbox, is a plugin for the Autodesk application Revit. Onbox used Backendless to support its login process and store user information in the database. When the registered user would log in, they would receive a token from the backend which would then be stored on the local machine. That way, the user would only have to log in to the plugin once on a given machine.

Thiago then went on to build additional plugins for Revit as a freelance developer. Working as a developer for hire, Thiago built the applications Preview Image Generator (P.I.G.) and Guardian for a company called iconicBIM based out of the U.S. Like Onbox, P.I.G. also uses Backendless for the user login and license management process.

With P.I.G., the user creates a login and receives a token. Unlike Onbox, however, P.I.G. does not store the user token locally. Instead, in order to ensure that the plugin is being used by a licensed user, the API calls are constructed to check the license token on the backend.

That way, the application can be used on cloud-based software and different machines. Backendless offers user login controls that allow the developer to prevent users from attempting to circumvent license restrictions by logging in on multiple devices simultaneously.

P.I.G. and Onbox are available on Autodesk App Store and have both been highlighted in 2019 as featured apps. Guardian is available on-demand for enterprise-level deployments.

At Backendless, we pride ourselves on providing a very comprehensive solution that is also designed to be very accessible for brand new developers. According to Thiago, at the time that he began programming, in 2013, his knowledge of coding was limited; he began coding simple scripted operations but he was already envisioning how to deploy and license his apps.

At that time, cloud-based services were in relatively early stages and still very complex for a brand new programmer. Thiago needed a database solution that wouldn’t require a ton of additional learning but that was still a complete and secure solution.

Backendless was very easy and secure. Great to start with.

Thiago now lives in Australia and works as a full-time developer for a construction company. He continues to maintain and support the other plugins that he previously created on a freelance basis.

Thiago was selected to speak at the Autodesk University Conference in November 2019 in Las Vegas, Nevada, discussing his use of Autodesk’s APIs for automating complex tasks on planning, modeling, and Fabrication for the construction industry. You can view his keynote speech here.

Backendless is a valuable tool for freelance developers. Whether looking to build an add-on or plugin for an existing app, quickly build a prototype for a client, or build-for-hire a new app for a client, Backendless has the tools to help.

Backendless focuses on speed and ease of development and deployment, critical for independent developers. With Backendless Cloud, you can get your project off the ground immediately, for free.

I have the honor to work closely to this guy and he is insanely smart! Congratulations for another accomplishment, Thiago! You are amazing!

Mastering Backendless Database
Learn the ins and outs of Backendless Database, our robust and scalable visual relational DB, with this free video course from Backendless CEO Mark Piller. New videos released weekly, so leave your feedback to shape future parts!
Read More
What Is Mobile Backend As A Service (MBaaS)?
In the software as a service (SaaS) landscape, there are many variations of “____ as a service”. In this article, we will explain what mobile backend as a service, or MBaaS, means.
Read More
Redis: What It Is, What It Does, and Why You Should Care
Redis is an open source in-memory data store that can be used as a database, cache, or message broker. It’s often used for caching web pages and reducing the load on servers.
Read More