In this edition of Backendless Spotlight, we are going to look at a social platform designed to bring together individuals that suffer from epilepsy. Neurish is a U.S.-based company that has built a series of web apps – powered by a shared Backendless backend – to help those battling the disorder.

Epilepsy, which means “seizure disorder”, is a disorder of the brain that can be genetic or the result of traumatic brain injury. We spoke with Neurish co-founder Phil Gattone, who has battled the disorder since the age of 4. The goal of the company is to provide a community and resources to others impacted by the disorder. Neurish has done so through a trio of web apps running off of a shared backend.

Neurish is currently available on the web. Mobile apps are currently under development as well.

Neurish is built to help support a community with limited support currently on the market. The founders formed the company after teaming up at a hackathon in 2015 and finding a shared desire to help the epilepsy community. The company grew thanks to the involvement of the NeuroLaunch accelerator program and sponsorship from a pharmaceutical company.

Neurish is currently available as a group of three web apps:

Each of these sites is its own web app. However, the three share the same Backendless backend and databases, allowing them to share resources and minimize the need for redundant development. 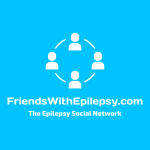 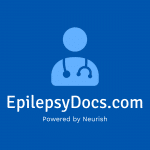 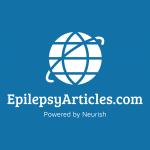 Creating A Community Through Backendless

Neurish utilizes a number of Backendless’ core features to help bring their apps to their community. Conceptually, the Neurish team began the project with the intention to build a multipurpose platform that can be expanded in the future. The initial project offers resources for individuals suffering from epilepsy, while the long-term vision is to have a replicable platform for other diseases and disorders as well.

Neurish is built with three frontend web apps that each serve a particular function. The developers did not, however, want to have to manage three separate user databases. Additionally, they did not want users to have to manage multiple logins for the different platforms.

By using Backendless for their backend, Neurish is able to utilize one backend application – and one database – for all three frontend apps. This makes user management significantly easier as the users’ information is all stored in one place. It also eliminates any redundant development needed where the client apps share functionality.

A key feature of Backendless that Neurish is able to leverage for the benefit of its users is geolocation. Neurish uses geolocation services for two of the three apps. In the Friends With Epilepsy app, user location is used to help users connect with other users in their area. In the Epilepsy Docs app, user and doctor locations are used to help users find and review the doctors nearest them.

Like many Backendless users, the development team at Neurish considered multiple options before selecting Backendless, including Parse and Firebase. The developers found that those other services either lacked the staying power (Parse) or features (Firebase) that the team needed to accomplish the project goals.

The developers also found that, in addition to features the others lacked, Backendless was far more intuitive and easy to use. The project began back when Backendless was still on version 3, and has progressed along with the Backendless platform.

Per Gattone, Neurish gets significant use out of Backendless’ custom business logic and web services, utilizing many of the prebuilt REST APIs. For a company with a Node.js backend, Backendless has been a seamless integration. Additionally, Gattone found the Backendless platform’s ability to auto-generate SDKs extremely helpful when deploying new app builds.

Neurish has big plans for growth in the future. In addition to the aforementioned expansion to other disorders, the team is planning to add video chat “hangouts”. Gattone described hangouts to us:

Hangouts let users video chat with each other in small groups about various topics that might interest them. It’s like a support group you can attend from the comfort of your own home. We will also eventually connect with doctors so users can video chat with an epilepsy specialist and get answers to their medical questions. The feature is almost fully developed and is scheduled to be ready towards the end of February.

How You Can Help

While Neurish is a for-profit business, they are serving a community that does not have significant resources. If you or someone you know has epilepsy, please give Neurish a look and help grow their community.

What Is Mobile Backend As A Service (MBaaS)?
In the software as a service (SaaS) landscape, there are many variations of “____ as a service”. In this article, we will explain what mobile backend as a service, or MBaaS, means.
Read More
Redis: What It Is, What It Does, and Why You Should Care
Redis is an open source in-memory data store that can be used as a database, cache, or message broker. It’s often used for caching web pages and reducing the load on servers.
Read More
How To Integrate A Bubble App With A Backendless Backend
Bubble.io is one of the most popular no-code app builders on the market. When you integrate a feature-rich no-code Backendless backend with your Bubble app, you get a visual relational database, user management, bulletproof security, highly-scalable serverless hosting, and much more.
Read More