In this week’s Backendless Spotlight, we are going to introduce you to a startup company out of Beirut, Lebanon, called Lifebook. Lifebook is a mobile app and physical product company that allows users to design their own custom photo album through the app, then have it printed and delivered to them as a hand-crafted, leatherbound photo album. Lifebook invites users to become “Oxpeckers” (a species of bird known for perching on large animals) and let “Oppy” the hippo guard their memories forever.

Editor’s Note: If you have an app using Backendless for its backend and would like to be considered for a future Backendless Spotlight, please send us an email with a link to your app and a description of how Backendless has helped you be successful.

Lifebook was founded to provide a quality photo printing option to a region that is lacking such a solution. In addition to the printed photos included in the handcrafted leather photo album, Lifebook takes advantage of Backendless’ ability to store media in your database and file upload APIs to provide its users with free lifetime* cloud-based backup for the photos that they print.

This added benefit, included in the price of the photo album, gives users added peace of mind that the photos they have chosen to print will be preserved indefinitely, even if they are lost from the user’s device. The only requirement for maintaining this lifetime backup is that the customer must order at least one new Lifebook album each year.

The founders of Lifebook chose Backendless for their app’s backend because of the platform’s great ease of use, particularly when it comes to setting up databases. Then, once the frontend of their app was ready, it was very simple to connect the frontend with Backendless without the need for excessive configuration files. 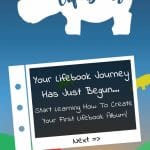 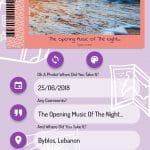 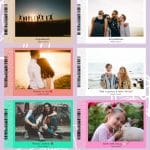 The proliferation of mobile phones, and particularly smartphones, has made taking photos easier than ever before. The tradeoff has been that it has become more difficult to acquire physical prints of your photos, especially in some parts of the world. Lifebook is seeking to lower that barrier by providing a single platform for users to print, backup, organize and display their photos directly from their phone.

The user simply puts together a collection of photos and Lifebook prints them a handcrafted 11″ x 7″ leather album. Albums come in a different color each month and use rings for easy display.

Lifebook is currently available only in the GCC region (Bahrain, Kuwait, Oman, Qatar, Saudi Arabia, and the United Arab Emirates) but is planning to expand globally in the future.

Mastering Backendless Database
Learn the ins and outs of Backendless Database, our robust and scalable visual relational DB, with this free video course from Backendless CEO Mark Piller. New videos released weekly, so leave your feedback to shape future parts!
Read More
What Is Mobile Backend As A Service (MBaaS)?
In the software as a service (SaaS) landscape, there are many variations of “____ as a service”. In this article, we will explain what mobile backend as a service, or MBaaS, means.
Read More
Redis: What It Is, What It Does, and Why You Should Care
Redis is an open source in-memory data store that can be used as a database, cache, or message broker. It’s often used for caching web pages and reducing the load on servers.
Read More