One of the new features we will be releasing in the final update of Backendless 4 beta is support for “business logic (Cloud Code) deployment models”. This is a new concept introduced in Backendless 4. A “deployment model” combines individual API event handlers, timers and API services into a single group. The purpose of that grouping will become more apparent once we start opening up Backendless Marketplace for submissions, however, the introduction of this feature already opens some very cool features.

This change will be available in the Backendless 4 applications the week of June 19th.

Some important things to keep in mind when working with deployment models:

Let’s take a look at how to work with the deployment models:

When creating an event handler or timer in Backendless Console you will see a new drop-down list where you can select an existing model. To create a new one, simply type in the desired model and click the menu option to create it. The screenshot below is for creating a new event handler. You will see an identical change in the “New Timer” popup: 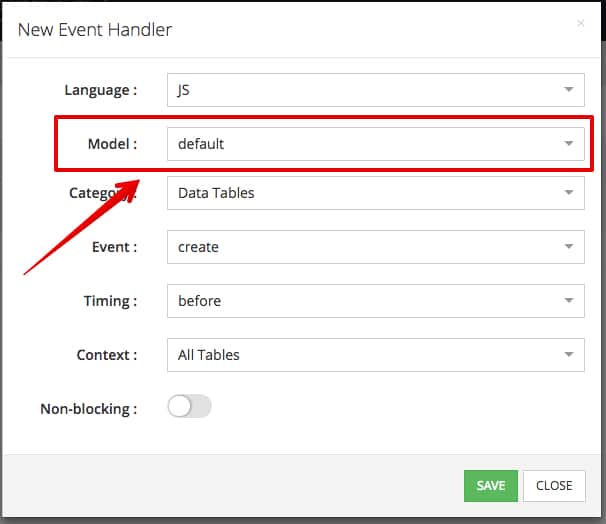 The Event Handlers screen in console displays the model name for every handler (see the MODEL column): 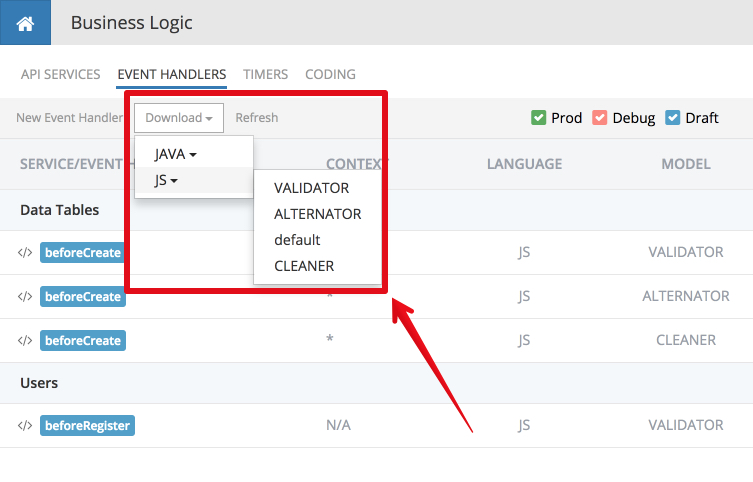 Similarly, if you were to edit the code directly in the Backendless Console on the CODING screen, you need to choose the language and the model. The displayed tree of directories and files will contain only the code for the selected model: 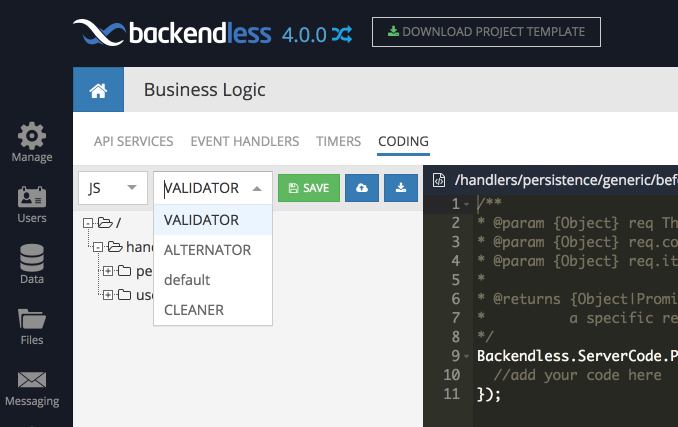 For most use-cases, you will find it sufficient to work with the same model. We considered how developers use business logic now and tried to make the developer experience mostly unchanged.

What Is Mobile Backend As A Service (MBaaS)?
In the software as a service (SaaS) landscape, there are many variations of “____ as a service”. In this article, we will explain what mobile backend as a service, or MBaaS, means.
Read More
2FA Login Plugin Featuring TOTP
The 2FA Login plugin enables applications built with Backendless to provide an authentication option where a user can login using the TOTP (Time-based One Time Password) form of two-factor authentication (2FA).
Read More
What Is Serverless Computing?
Does it makes sense for your app to be serverless? As with most development decisions, the answer is: it depends. What does serverless really mean? In this article, we’ll break it down for you.
Read More