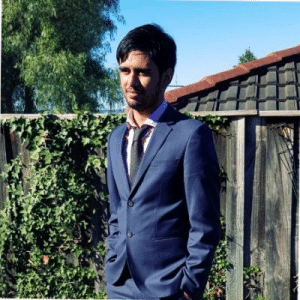 Meet Mudasar Javed, a young entrepreneur from Australia. Mudasar is only 16 years old, however, he already runs his own company called ‘RA1N ENTERTAINMENT’. His parents are really happy about it, but also think that sometimes he spends too much time working and doesn’t do what kids of his age “should” be doing. Mudasar is passionate about AI, machine learning, neural networks, database design, hacking and everything related to programming. His preferred technology stack is C#, Java, Swift, JS, PHP, Ruby, and Python. 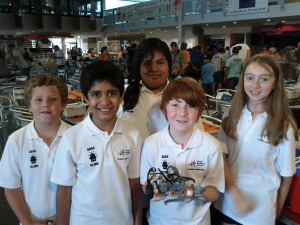 Mudasar started programming when he was only 11 years old. His elementary school had Lego Robotics club for students in grades 6+. Despite the fact that Mudasar was only in 5th grade, his teachers believed he had potential and allowed him to participate. Mudasar did not disappoint; instead, he became one of the best developers on the team and eventually was promoted to a team leader. He led his teammates to compete against older students and won a special prize at Australia’s First Lego League competition.

Working with Lego Mindstorms has sparked Mudasar’s interest and ignited his passion for programming. Mudasar’s desire to be the best in his field, his love for learning and constant self-improvement have allowed him to blossom and grow into a successful programmer in a short period of 5 years. However, Mudasar never stops learning. He continues to watch tutorials on YouTube and participates in courses on Udemy and Treehouse, In addition, he enjoys listening to Gary Vaynerchuk and Eric Thompson and draws his inspiration from successes of such giants as Mark Zuckerberg, Bill Gates ,Steve Jobs, Elon Musk, Larry Page, Sergey Brin, and Gabe Newell.

Mudasar’s idea was to build a mobile social networking app for gamers. Originally he was going to use Parse, but soon realized the service would be shutting down. This has prompted Mudasar to search for alternatives. His goal was to find a cross-platform MBAAS which would properly integrate with different mobile systems, yet stay simple and affordable. What attracted Mudasar to Backendless at the beginning was free and very comprehensive tier that could be stretched out quite a bit until one would be required to pay. “Backendless is really simple and integrates really well with Swift, Java, Javascript (Node.js, React Native), exactly what I was looking for” – says Mudasar. 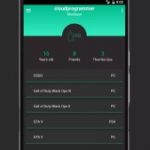 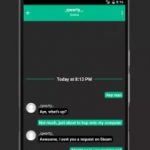 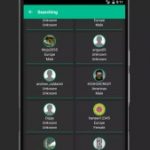 Mudasar’s has created an app called ‘GWM – Find friends to game with‘. It’s a social network for gamers, featuring push notifications, messaging and search filters. It’s built using ReactNative, Sendbird, and Redux. Backendless provides the complete backend support for the application. Mudasar believes that Backendless allowed him to drastically reduce his stack since he does not have to code his app twice for both Android and iOS. Mudasar appreciated the fact that Backendless’s seamless integration with ReactNative allowed for reduced development time and therefore drastically improved productivity.

(UPDATE: We caught up with Mudasar again in 2019 to discuss Game With Me for our Backendless Spotlight. You can read that article here.) 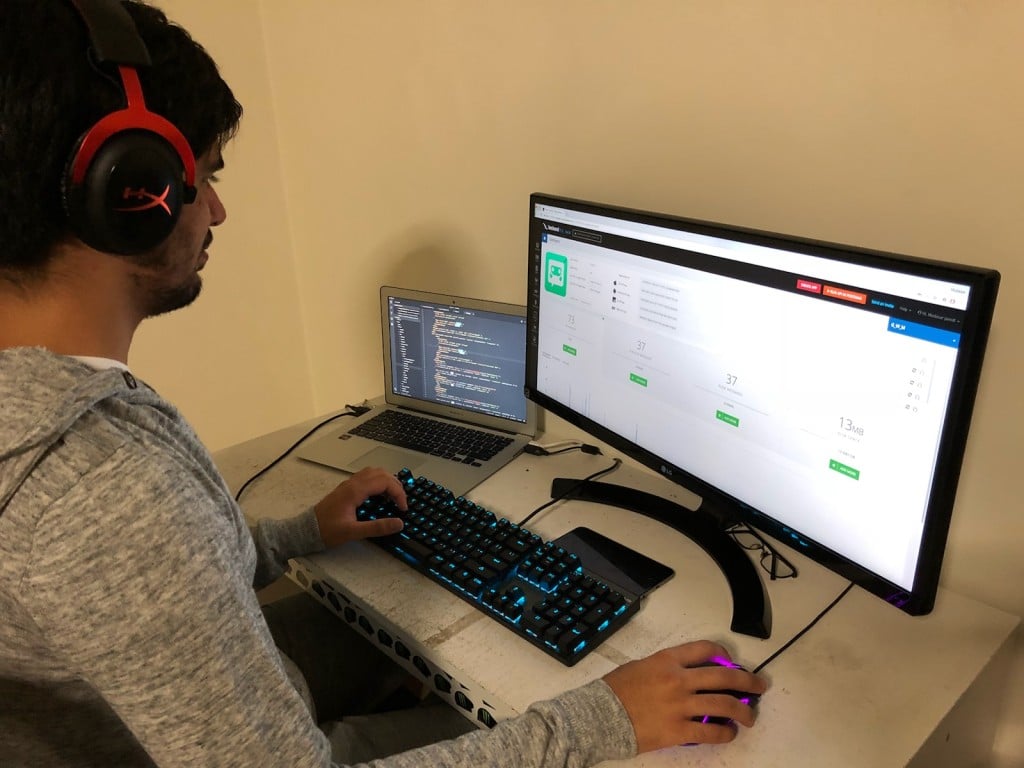 We reached out to Mudasar and asked him a few questions about his experience working with Backendless:

What were the criteria you used when making the decision to try Backendless?

Simple to use, integrated with multiple platforms natively, replace parse.

What do you like most about working with Backendless?

It’s really simple, yet insanely complex if you want it to be. What I like most is that Backendless has native integration with numerous platforms & social media, provides analytics on top of good performance and stellar support.

What are your favorite features or parts of our product?

The native integrations of the SDK are flawless and if there’s ever a problem the support is always quick to solve the problem and even roll out a new release.

Now that you had experience working with both parse and Backendless, how would you describe the differences between these platforms?

I never actually worked with parse since it was shutting down when I started creating my app, so Backendless is my first MBAAS. But since then I have used Firebase and the main difference is real time which I believe was the same with Parse. Real time can be really important for some apps but when it isn’t, Firebase can seem unnecessarily complex and as such Backendless is perfect for most apps.

Do you have any techniques of working with Backendless you could share with other users? This could be for working with data, push notifications, messaging?

We noticed you are quite active on the Backendless support forum, what is your impression of our technical support?

Support is really good honestly, I’ve made 12 support tickets in the past year and my problem was always resolved in a day or so. Recently I pointed out some bugs in the JS SDK when using it with React Native and the team quickly pushed out a new version, this also happened with CodeRunner. It’s cool that the CEO of the company sometimes even replies to queries.

What would you tell someone who is thinking about using Backendless in their project?

Go for it, the documentation is great, SDKs are amazing and the free tier can be utilized really well until you are ready to commit. Most of the code is the same across platforms and once you’ve learned it in one you can use it in others effortlessly. The server code is also another great part of Backendless, it allows you to add an extra layer of functionality to your project which couldn’t be done otherwise. The support is amazing and quick, the SDKs are open sourced and the console is really good.

What are your near-term and long-term goals? How can we help you grow in the future?

Near-term wise, I’m hoping to have the decently sized user base for my app and to have good user retention, also I’m hoping to get into MIT which I’m applying for. As for long-term, I’d like to work at a good tech company that values me and allows me to grow and learn, I’d also like my company to be successful in a way that I have a regular income and create new and innovative technologies. I think Backendless could help me by getting me known to some companies, news outlets and maybe even schools, also perhaps they could help me with my current Backendless limits (API calls, number of items in a table etc). Whatever ends up happening, I’ll be very grateful.

Mudasar, thank you for building with our platform. Backendless wishes you continued success and congratulates you on all you have achieved!