How to Create Relationships Between Data Objects and Geopoints

In another post, we described how to declare a relationship in a data table schema with a geopoint. Now that you know how to create a table column that contains one or more geopoints, we are going to show how to populate it with data.

If you follow the aforementioned post and add a table column of the GEOPOINT type, your data objects in Backendless Console will appear as shown below. Notice the location column:

None of the objects in the table have any related geopoints – the cells in the location column are empty. However, there is a plus icon which lets you create a relation between a data object and a geo point. When you click the plus icon, you will see the following popup (assuming you have geopoints in your Geolocation storage): 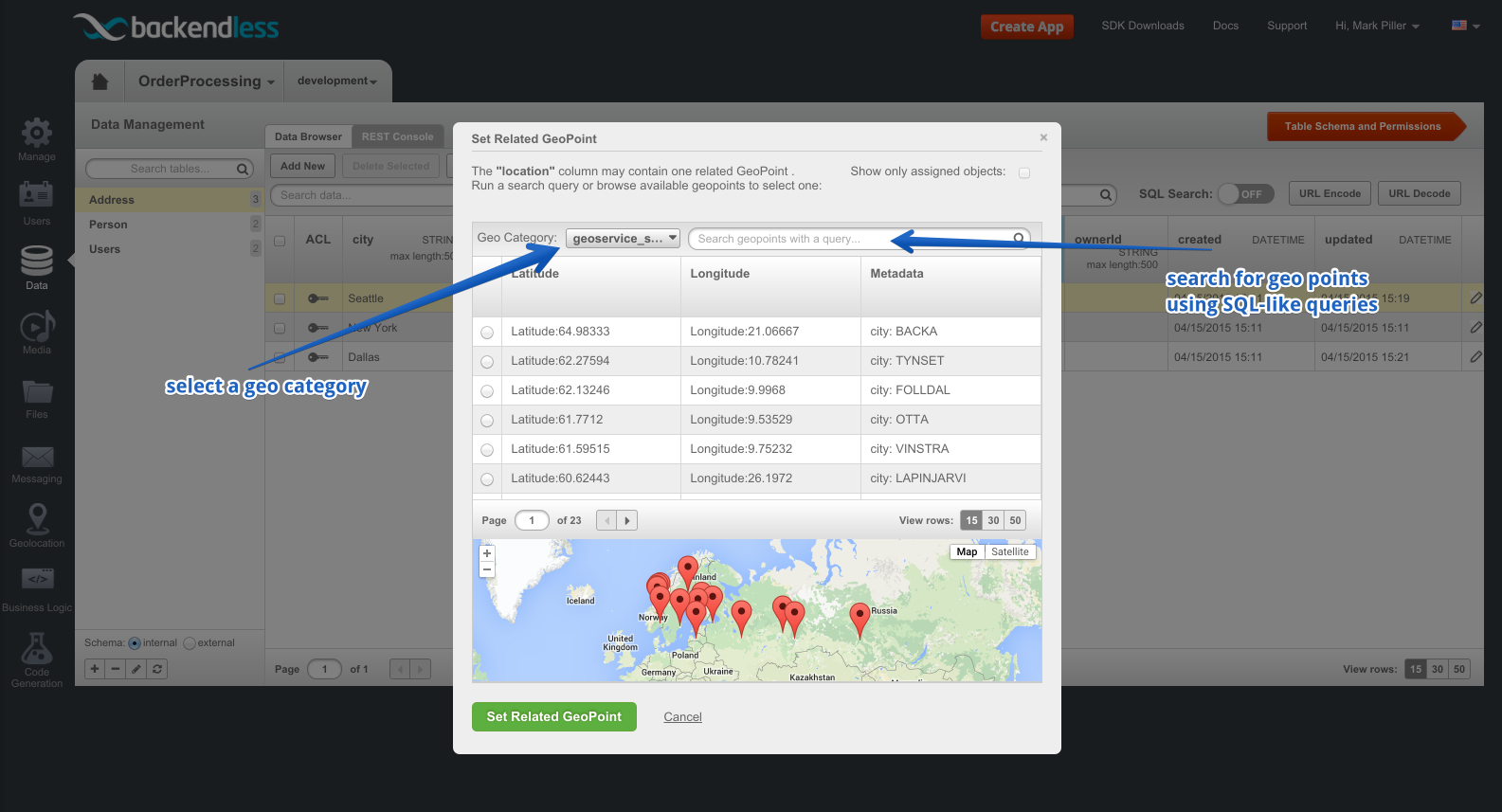 The popup window includes a list of geopoints for the selected geocategory. There is also a way to search for geopoints using SQL queries. Every geopoint in the list has a radio button that lets you select it. The radio buttons are shown for the one-to-one relations between a data object and a geopoint. If the relation is a one-to-many, every geopoint has its own checkbox. To assign a geopoint to a data object, click the radio button for the geopoint and click the Set Related GeoPoint button.

Once a relationship is established, the coordinates of the related geopoint are shown in the column:

When you click the coordinates link, the Console displays the geopoint in the Geolocation screen: 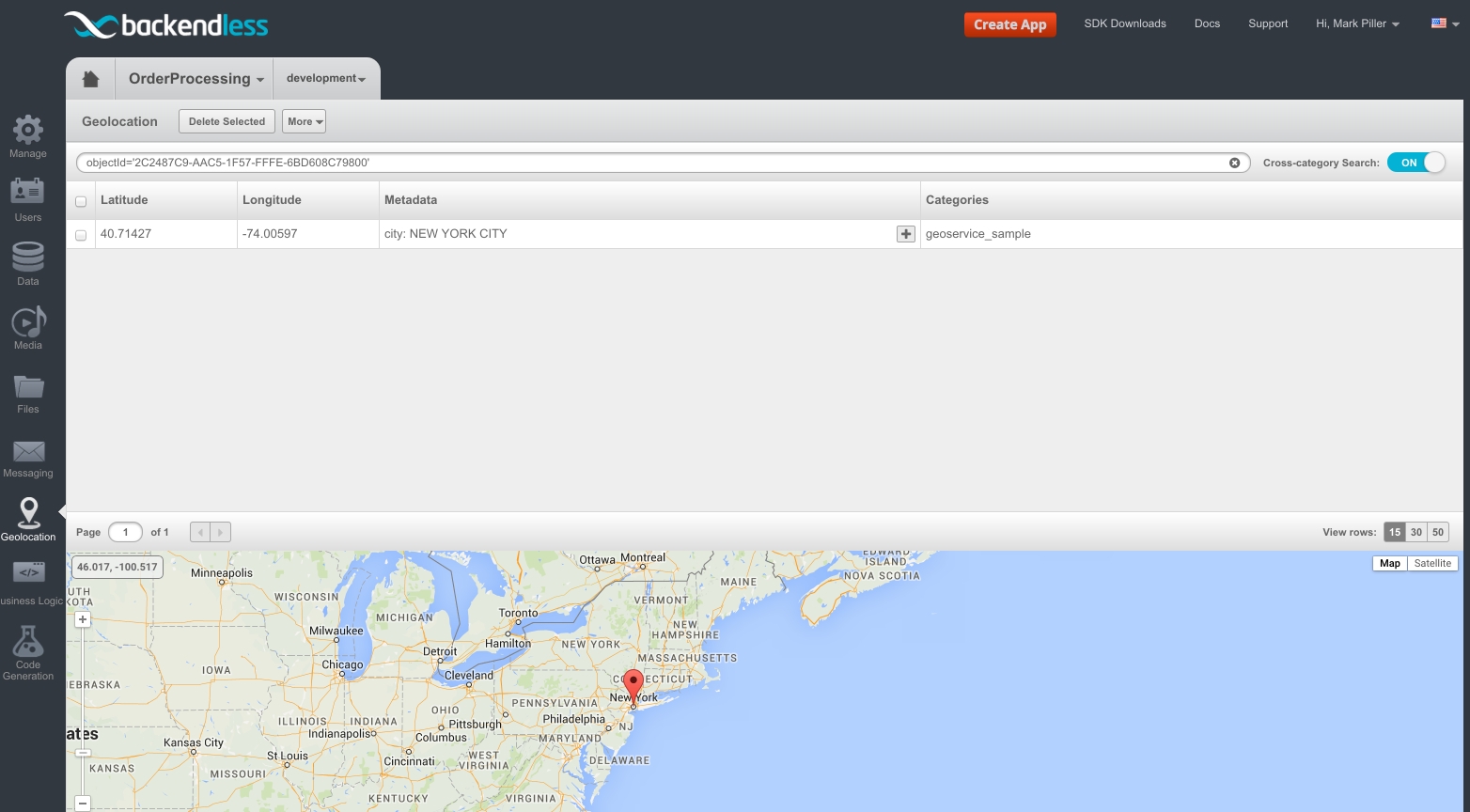 Bubble Just Made Data Storage Unaffordable. Now What?
Today, Bubble announced a major change in their pricing structure. Intended to make their pricing "more predictable and easier to understand", the reality was clear to their community: Bubble is simply not scalable anymore. (Update 3/17: Bubble has since "paused" the pricing change after a massive uproar from their community. Still, uncertainty remains and trust,…
Read More
Product and Service Listing and Booking App Blueprint
[vc_row][vc_column][vc_single_image image="20226" img_size="801x515" alignment="center"][vc_column_text]Looking to implement AirBNB, Yelp, or even ecommerce-style features in your Backendless app? The Product Listings App Blueprint is the perfect place to start. The Product Listings App Blueprint demonstrates how to create a listing website or web app that allows user to post their own items or services for sale on…
Read More
Pub/Sub Messaging With Geo Data App Blueprint
[vc_row][vc_column][vc_single_image image="19997" img_size="801x515" alignment="center"][vc_column_text]One of the many specialties of Backendless Database that other no-code solutions lack is the ability to work with location-based, or geospatial, data. With UI Builder, as in our GEO chat app template, you can easily implement location-based features, including your own Google Maps. The GEO Chat App Blueprint is one of…
Read More