How to Use Async Callback from Backendless Android SDK 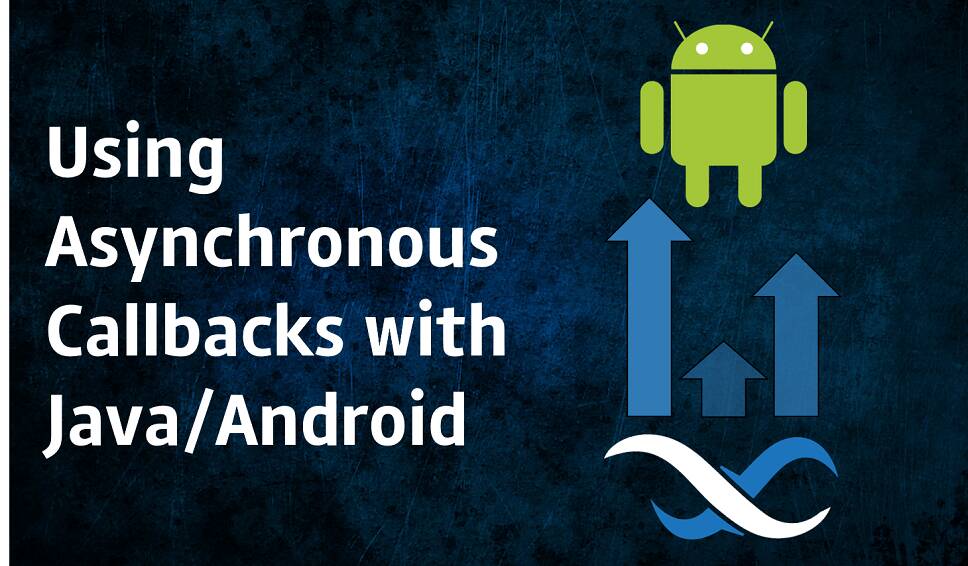 From time to time, we see some developers struggle with understanding how the principles of asynchronous work with Backendless. In this post, we’ll try to shed more light on this aspect: describe what async calls are, why you need them and how to properly perform such calls and process the results. This post will be specific to Java and Android, but most of the principles apply to any language and environment.

To better understand what the asynchronous API call is, let’s begin with the opposite. Let’s say you’re trying to keep it simple and familiar, and in your MainActivity‘s onCreate method you’re loading a bunch of users to display:

The problem is that in Android, you’ll immediately get a NetworkOnMainThreadException thrown when this code is executed. As the name implies, it happens because you’re performing a network call (a call to your Backendless app) on the main thread. The Android environment does not allow such calls on the main thread to avoid negative user experience in your app. The main thread is the one where the UI is being rendered, and because the network calls usually take some noticeable time, the UI will be unresponsive for the duration of the call.

This StackOverflow question lists the options which you should implement to avoid the aforementioned exception.

To avoid the exception you need to shift the execution of the network call to another, non-main, thread. This is what the asynchronous call, in a nutshell, is — merely executing the call in another thread, which won’t block the thread you’re currently working in. If you’re familiar with multithreading in Java, you should see that there are multiple ways to do that: create a new thread manually, submit a task to a ThreadPoolExecutor, etc. The aforementioned StackOverflow question also lists a few more Android-specific solutions to that problem. All of these solutions stay viable for Backendless API calls, too, but still, it may be hard to process the results of the call after they are received.

Thus, the Backendless Android SDK implements an approach which is easier to use without getting into multithreading too heavily. The SDK duplicates most of its methods with synchronous and asynchronous versions. The async version can be recognized by an additional parameter of generified type AsyncCallback. Under the hood, the Backendless Android SDK uses a thread pool to delegate the async calls, and when the result is available — the corresponding method in the AsyncCallback argument is called depending on whether the request was successful or not.

So with this approach, the example of getting the users from the backend mentioned at the beginning will look like the following:

Here are the few things you need to remember when working with AsyncCallback in the Backendless Android SDK.

With the asynchronous approach, you’ll definitely have to rethink how you build interactions in your applications since you now have to keep in mind that the data is not available immediately. You’ll also need to deal with callbacks to process the results at a proper time. But this will actually only improve your app users’ experience since it makes you explicitly think about problems that do not disappear when you write the easier synchronous code. And fortunately, if you dig a bit deeper into it, Android provides many tools to make the needed integration smoother in your code.

Thanks for reading and Happy Coding!

when i am using i am geeting output as null values instead of data stored in the table.

@Krishna rao KOTHAGUNDU , if you experience a problem, please submit a support topic at https://support.backendless.com

Mastering Backendless Database
Learn the ins and outs of Backendless Database, our robust and scalable visual relational DB, with this free video course from Backendless CEO Mark Piller. New videos released weekly, so leave your feedback to shape future parts!
Read More
Custom UI Components in Backendless UI Builder
Custom UI Components are the latest innovation to introduced in UI Builder. This new release offers you the full flexibility of code on the frontend, fully integrated into your Codeless application. Read all about it here!
Read More
How to Integrate a Thunkable App Frontend With a Backendless Backend
Thunkable is a no-code app builder specializing in iOS and Android mobile apps. When you integrate a feature-rich no-code Backendless backend with your Thunkable app, you get a visual relational database, user management, bulletproof security, highly-scalable serverless hosting, and much more.
Read More